NEW YORK, Oct. 27, 2021 /PRNewswire/ -- Inspired Entertainment, Inc. (Inspired) (NASDAQ: INSE) has announced a multi-year exclusive contract with the Major League Baseball Players Alumni Association (MLBPAA) to utilize the name, brand, image, persona and likenesses of the MLBPAA members to be commercially used worldwide. Inspired intends to use its award-winning visual effects and the latest in motion capture technology to bring the MLBPAA greats to life, delivering an experience with 'Home Run Shoot Out™', a virtual home run hitting competition, which can be licensed to all of Inspired's virtual sports customers, both online and in retail.

"We are pleased to announce our partnership with the MLBPAA, which allows us to produce the first-ever suite of entertainment products featuring the brands and images of its members," said Brooks Pierce, President and Chief Operating Officer of Inspired Entertainment. "Fans will love cheering on their favorite superstar players of all time, creating a more passionate and competitive experience. We have had great success with our NFLA Legends of Football™ game and we expect to raise the bar even higher with Home Run Shoot Out™."

As the pioneer of virtual sports, Inspired has recreated the action of the world's most popular sports for more than 15 years.  Inspired's 'Home Run Shoot Out™' virtual baseball game will showcase some legends of the game, including Baseball Hall of Fame home run hitters Mike Schmidt, Reggie Jackson and Al Kaline, as well as other prominent former players. Fans can watch some of the greatest sports heroes in baseball history slug it out in a shortened home run hitting competition, where they can bet a number of different ways including the winning player, total number of home runs, correct score and the under/over markets.

Pierce continued, "Fans will now have the opportunity to watch the best ever to play the game, compete against the power hitters of the next generation. The game will initially be in a single-match format, but we are also developing a knock-out/tournament format with an overall tournament winner and we intend to continually introduce new legends to the game."

"As the award-winning recognized leader in virtual sports, Inspired is the perfect fit for the MLBPAA and our members," said MLBPAA President Brooks Robinson. "We are always looking for new and different channels to expand our reach, assist our members and help our local communities.  This partnership with Inspired fits well within our primary mission. The Home Run Shoot Out suite of games helps position MLBPAA legends to grow their brands, embrace technology and remain in the front of the minds of their fans."

The MLBPAA was formed to promote the game of baseball, raise money for charity, inspire and educate youth through positive sport images and protect the dignity of the game through former players. A nonprofit organization, the MLBPAA establishes a place where a player's drive for excellence and achievement on the field can continue long after they take their last steps off the professional diamond.

Inspired offers an expanding portfolio of content, technology, hardware and services for regulated gaming, betting, lottery, social and leisure operators across land-based and mobile channels around the world. The Company's gaming, virtual sports, interactive and leisure products appeal to a wide variety of players, creating new opportunities for operators to grow their revenue. The Company operates in approximately 35 jurisdictions worldwide, supplying gaming systems with associated terminals and content for approximately 50,000 gaming machines located in betting shops, pubs, gaming halls and other route operations; virtual sports products through more than 32,000 retail venues and various online websites; interactive games for 170+ websites; and a variety of amusement entertainment solutions with a total installed base of more than 16,000 gaming terminals.  Additional information can be found at www.inseinc.com.

This news release may contain "forward-looking statements" within the meaning of the "safe harbor" provisions of the U.S. Private Securities Litigation Reform Act of 1995. Forward-looking statements may be identified by the use of words such as "anticipate," "believe," "continue," "expect," "estimate," "plan," "will," "would" and "project" and other similar expressions that indicate future events or trends or are not statements of historical matters. These statements are based on Inspired's management's current expectations and beliefs, as well as a number of assumptions concerning future events.

For Press and Sales 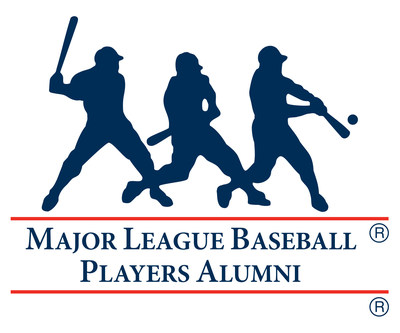